The company was founded by Michael Nicholas and Theo Constanti in 2007 but how these two aspiring young men joined together from their respective backgrounds is a true Cinderella story. 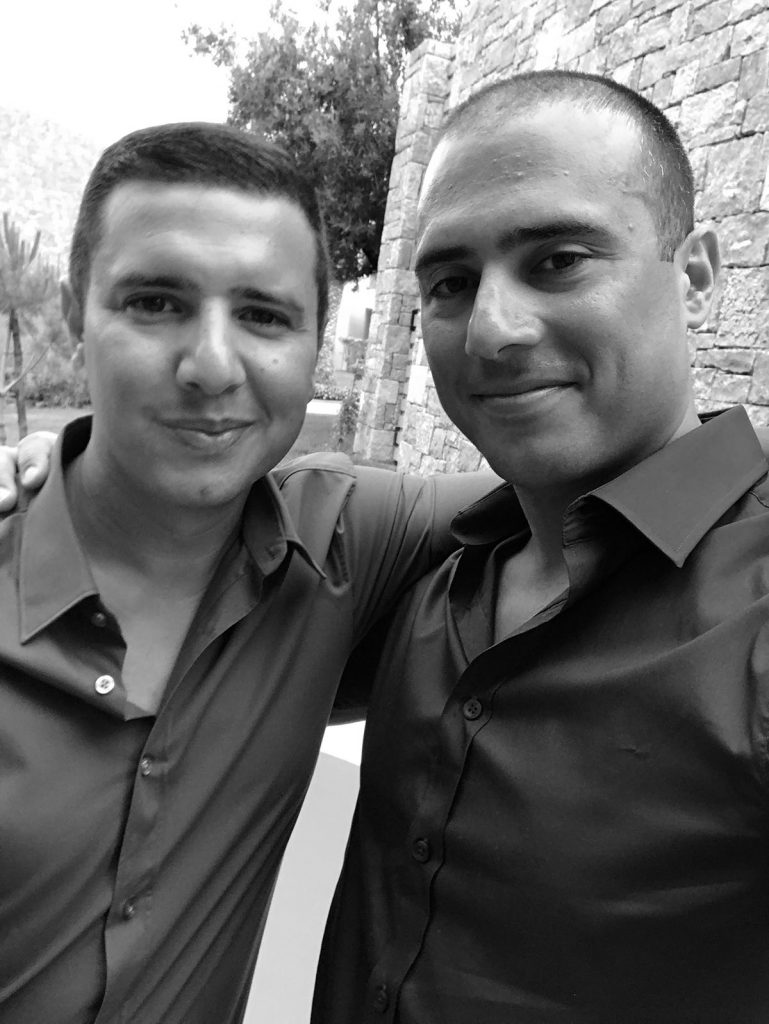 Michael grew up in a humble single parent home in North Finchley with his mother and his older brother for company. Having not been the greatest student Michael made the decision to leave school at 16 to learn a trade. He started working in a marble company 15 miles away from home as an apprentice where he developed his stone masonry skills.

He quickly learnt the trade of manufacturing of a kitchen worktops. After his apprenticeship he moved on to one of London’s largest stone fabricators where learnt the other side of the trade which was template (measuring) and fitting granite worktops.

By the time he was 20 he was an experienced stone mason and fixer that would lead multiple complicated stone projects. He was head hunted regularly but only ever worked at the two companies that taught him his trade.

Michael is a man that takes care of himself. He is a perfectionist in his appearance and this carried through to his work which meant that he was able to provide a great finish for every customer. This led to the quality of his work being of an exceptionally high standard.

At 22 Michael approached Theo confidently explaining that he was one of the best at what he did and wanted to start a business in the industry. He need a partner with business acumen or salesmanship to compliment his great work ethic. In May 2007, The Marble Group was formed.

Since its formation Michael has trained staff to work towards his quality that we have built our success and repeat business upon.

Theo didn’t have an easy start either having lost his hand when he was 17 years old in a motorbike accident. He recovered well and went to University and obtained an Economics degree. His father (a fishmonger by trade) always encouraged Theo to work from a young age and learn about business. Theo formed an early career in the sales and advertising industry where he gained experience in managing a growing organisation. He started supporting his whole family when he was just 22 years old. At 23 he joined forces with Michael to form The Marble Group.

Theo is an avid reader and ensures that his management team read at least one book every quarter. He is a true entrepreneur at heart having won a young entrepreneur of the year award in his 20s, he is a member of ABLE (Academy of Business Leaders and Entrepreneurs) and was the director of the largest business networking group of its kind in the country. Theo regularly gives various talks to schools, businesses and professional institutions.  Theo has been involved in programmes with Business Education Events and in 2020 Theo won an award by Santander as the Most Inspirational Business Mentor of the Year.

The Marble Group was founded in 2007 in Theo’s mum and dad’s Garage on a residential housing estate in Friern Barnet. The boys started with a £5,000 investment to buy a van, buy some tools, make a website and purchased some business cards. Theo would get the jobs in and Michael would fabricate them. In 2008 they moved from the garage to a large shed in Colney Heath where the company slowly gained traction. Originally doing kitchen worktops for their friends and family The Marble Group Ltd now provides kitchen worktops, marble, stone, tiling and construction services to architects, kitchen companies, interior designers, main contractors and builders. The Marble Group has completed works in Harrods, Selfridges and Harvey Nicholls as well as a number of the world’s leading hotels (The Dorchester, Hilton, W and more).

The company does projects for developers such as Berkeley Homes, Galliard Homes and main contractors such as Mulalley, Higgins, Ellmers and Kier. The company also looks after 125-150 kitchen showrooms in the south east of England and has a retail arm selling directly to the public at shows, online and from their showroom.

The business has since expanded to a team of 70+ staff comprising many years of specialist knowledge and experience in the marble and granite industry. Working now from a 20,000 Sq. Ft factory in Welham Green The Marble Group are fast becoming one of the leading manufacturers and suppliers of granite worktops in the United Kingdom.

Theo and Michael encourage and support every member of staff to try and buy their own home. They believe every person should attempt to “build their cathedral” as they have built theirs.

LET US CALL YOU BACK

Michael Kosta
Wonderful service! sharp from the 1st time i made contact. Johnny in sales was on it as were the team.... Read More »

Aleks Milanov
I am changing my review based on subsequent resolution of the issue and also a brilliant job on adding mastic... Read More »

Giustin Leonidou
The Marble Group are extremely professional. It was a seamless process from the beginning. They were very precise with measuring... Read More »

Steve Huse
Thank you for the excellent service in supplying and fitting our new Dekton island top. We had Danny and... Read More »

Luca Calati
Excellent service and communication from sales throughout fitting. Plenty of advise on options, punctuality on scheduled work, cleanliness, meticulous templating... Read More »
Get in touch
Check out our other websites too:
Menu
Get a FREE Project Quote